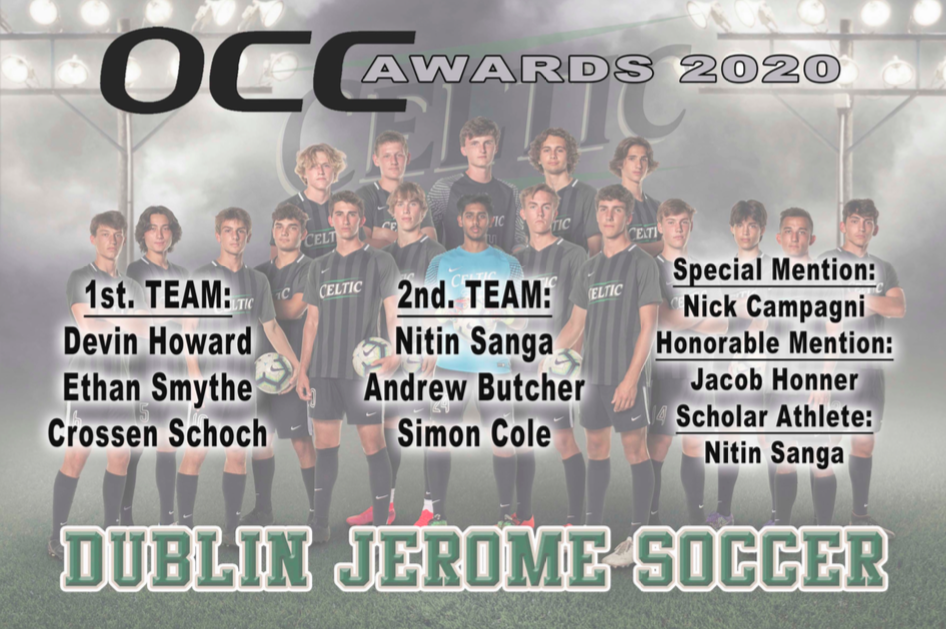 The DJHS Boys Soccer team finished the regular season with a 14-3-2 record. This experienced team became a defensive power only allowing 8 goals total all season and producing 15 shutouts. Gaining the #1 seed in the Central District for the OHSAA tournament, the Celtics advanced to a District Final losing to #11 seed Thomas is an overtime PK shootout. Through a challenging time in history, the team showed resilience and perseverance with the strong leadership of the senior class.

Some of the highlights include the #1 seed for Central District, a #3 rank in the State Poll, and 15 total shutouts for the season. The Celtics also won the OCC Cardinal division and became the 8th Jerome boys soccer team to be OCC champs. With the season-ending record of 14-3-2, the Celts are now 206-78-49, with 16 years of winning seasons. Individual awards for the season are: