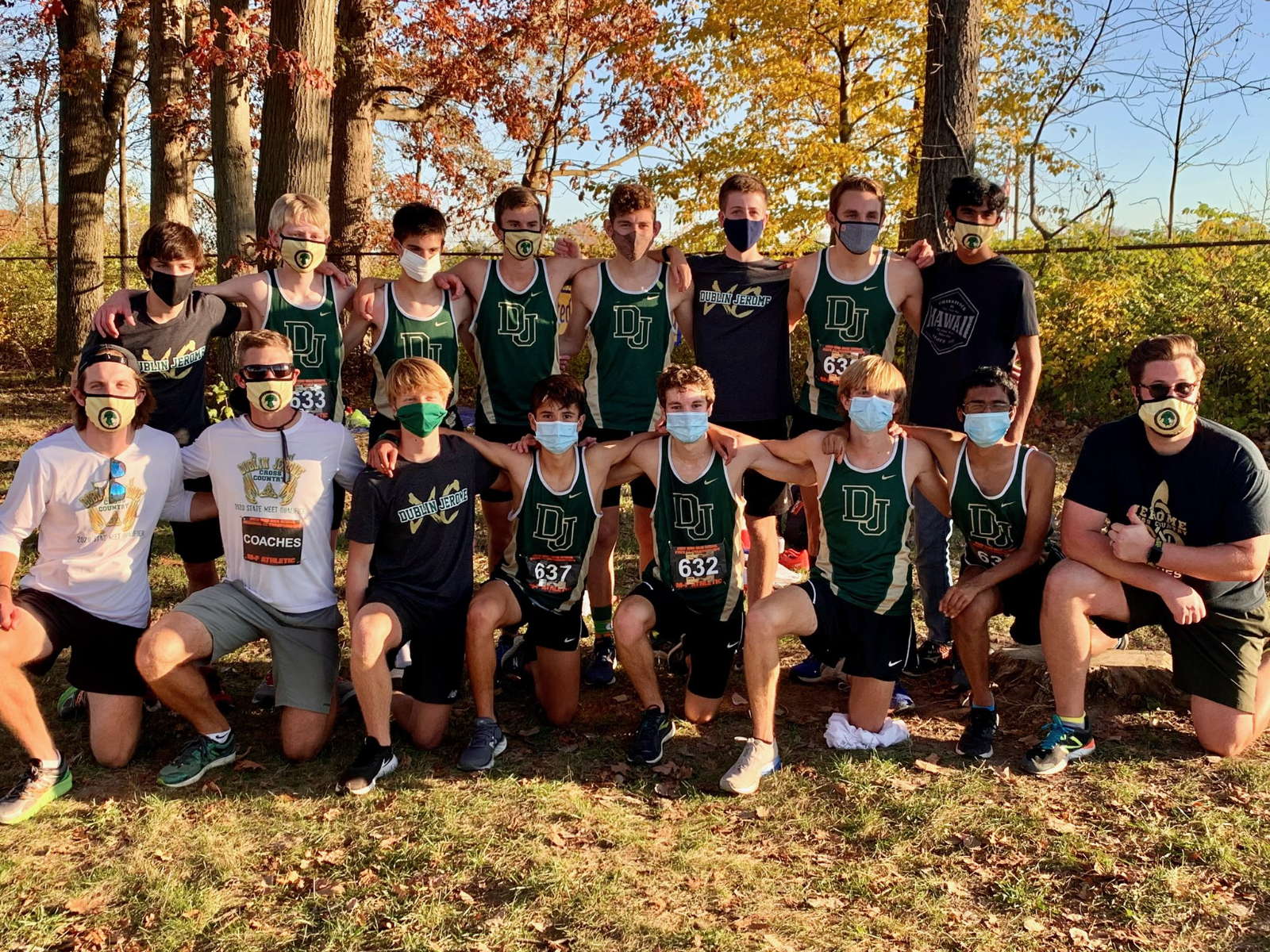 The Dublin Jerome Boys Cross Country team enjoyed a successful season led by a quality combination of young runners accompanied by rock-solid Senior leadership. The team captured both the OCC and District Title and earned 4th place at the regional meet at Pickerington North. Additional highlights from the season included earning 2nd place at the Central Ohio Cross Country Invitational and winning the Bear Den Dash.

For the first time since 2013, the team qualified to the State Meet and finished 15th in the State of Ohio. This accomplishment also continued the positive trend of sending at least one runner to the state meet for the 8th time in the last 9 years.

The future is looking bright for this young and talented crew!