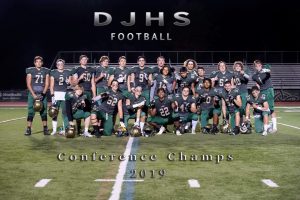 The 2019 Jerome Football Team finished the regular season with an 8-2 record and won the first outright OCC title in team history, 4th title overall. The regular-season success allowed Jerome to earn a home playoff game which for only the 2nd team in school history. They finished the season with a 9-3 overall record.

While there were many great individual performances throughout the season, the 2019 Celtics epitomized TEAM and that is how they will best be remembered… they reset the program bar for working together and sacrificing self for each other.